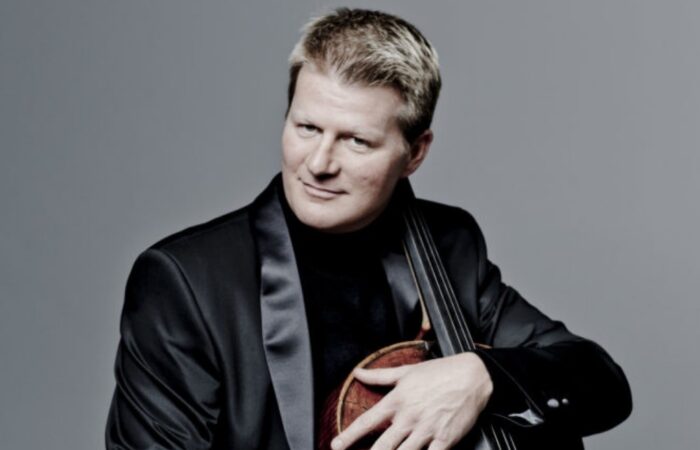 The Hungarian cellist László Fenyö, born in 1975, has belonged to the world elite of cellists since he won the 2004 International Pablo Casals Contest in Kronberg, Germany. He is hailed by both audiences and critics as one of today’s most exciting artists, possessing the unique capability of presenting the intentions of the composer but also allowing the music to speak at the forefront, thereby capturing and fascinating his audiences. Through his breathtaking technical skills and emotive expressiveness, his concerts become special experiences, where the music can be newly explored with every performance.

In Hungary, his home country, László Fenyö has long been one of the most sought after soloists; his performances – solo recitals, chamber music events and concerts with orchestras, are broadcast live and recorded by the Hungarian Radio. He has played with most Hungarian orchestras and conductors. In addition, in 2005 he received the highly coveted Franz Liszt Prize awarded by the Hungarian Ministry of Culture, as well as the Junior Prima Prize in 2008.

László Fenyö began his musical education in Hungary. Already at the age of 13 he became a junior student with Professor László Mezö at the Franz Liszt Academy of Music in Budapest. Later, while continuing his studies in Lübeck with Professor David Geringas, his brilliant technique, secure sense of style, and his unusually broad repertoire, brought him several prizes at important competitions. Among them, the International Music Contest in Geneva, the Rostropovich Contest in Paris, the Adam Cello Contest in Christchurch, and the Contest of the Hungarian Radio in Budapest. After completing his studies, he decisively extended his musical horizons under the tutelage of Bernard Greenhouse.

László Fenyö gives master courses all over the world, since October 2009 he is a lecturer at the Academy of Music and Fine Arts in Frankfurt and since 2012 he teaches as a professor at the Musikhochschule Karlsruhe. László Fenyö has been principal cellist of the Philharmonia Hungarica 1997-2001 and of the Frankfurt Radio Symphony 2001-2012.

The CD’s, wich were released in the past few years released: Chamber music with pianist Oleg Poliansky by Aulos/Musikado, and the cello concertos of J. Haydn (D Major) and D. Shostakovich (No. 1) accompanied by the hr-Sinfonieorchester (Frankfurt Radio Symphony Orchestra), conducted by Grant Llewellyn, released by hr.music.de.

László Fenyö plays a cello made by Matteo Goffriller from 1695.