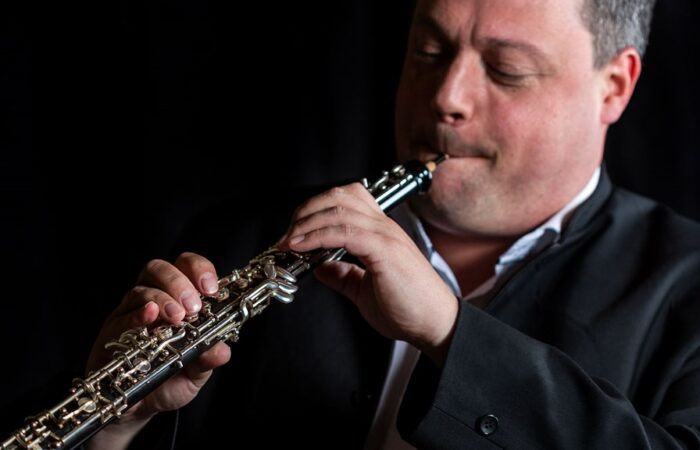 Nick Deutsch – Is one of the most sought after oboists of his generation.

Born in Israel, Nick grew up in Sydney, Australia, where he commenced his music studies at the Sydney Conservatorium of Music and graduated from the Victorian College of the Arts with Distinction. Nick was awarded the “Gwen Nisbet” prize for most outstanding student.

An “MSOS” scholarship enabled him to continue his studies in Germany with Diethelm Jonas at the Staatliche Hochschule für Musik in Trossingen.

Nick was a member of the Budapest Festival Orchestra from 2002-2011 and performs regularly with the Israel Philharmonic Orchestra. Nick has also played as Principal Oboist with the Bayreuth Festspiel Orchestra, The Super World Orchestra (Japan) and the Australian World Orchestra

He currently holds the position of Artistic Director at the Australian National Academy of Music (ANAM) as well as Professor of Oboe at the Hochschule für Musik – „Felix Mendelsohnn Bartholdy“ in Leipzig.