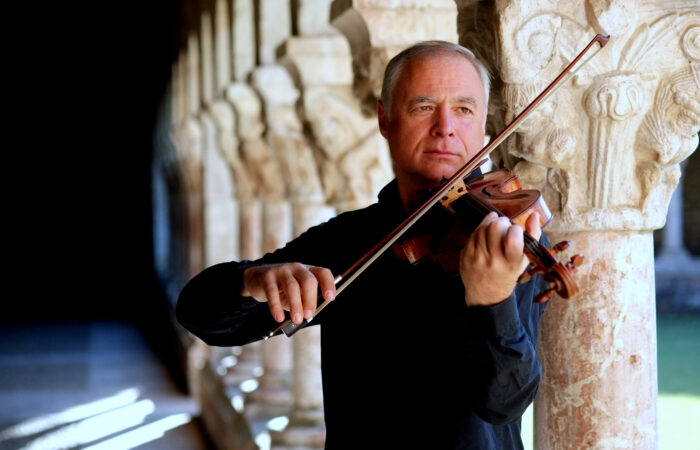 Vladimír Bukač is one of the foremost viola players in the Czech Republic. He was born in1964 and started playing violin at a very early age, continuing his studies with Nora Grumlikova at the Conservatory and the Academy of Performing Arts in Prague and then with Wolfgang Marschner at the University of Music in Freiburg, Germany. Already during his studies Bukac gained attention by winning prizes in several domestic and international competitions.

Between 1990 – 1993 was Vladimir Bukač engaged in Japan as soloist and chamber musician, performing in all prestigious venues of Japan, as well as touring Australia and New Zealand. After returning to Europe Vladimír Bukač was invited to join the renowned Talich string quartet, (1993-2017) which has been considered for many years to be one of the worlds´s finest string quartets. Over the past few decades, the Talich string quartet has been representing Czech musical art through the whole of Europe, Japan, North & South Americas, and South Korea, making dozens of rewarded records and giving master classes world-wide.

After finishing his quartet career in 2017, he devoted himself to solo & chamber music performances and more to pedagogical activities. Since 2002, Vladimír Bukač has been a much sought-after professor at the University of Music in Dresden and since 2016 at the Conservatoire royal de Bruxelles. He is repeatedly invited to the juries of major international competitions (L. Tertis, ARD Munich, etc.).

In addition, he is the artistic leader of the master classes organized by the Czech- French Academy in Telč (www.akademietelc.cz).

He is regularly invited to music festivals not only in Europe (Helsinki, Sardinia, Prades ..), but also in Japan, Israel and the USA, where he collaborates with important artists. The concert of the concert series «International recitals» for the BBC from Bristol, England, broadcast live to 60 countries, was particularly well received.

His rich viola repertoire includes compositions and concerts of all styles, many of which are recorded on CDs or Czech Radio and the BBC. An exceptional recording can be considered a complete performance of M. Reger’s Suit and a recording of a concert by B. Bartók, B. Martinů with the Czech Radio Symphony Orchestra, which was ranked among the TOP 10 CDs of Gramophone 2007. He made the very first recording ever of all sonatas for viola and piano composed by Jindřich Feld, of the concerto by A. Stamic in B flat major and the very first world recording of the viola concerto by F. Domažlický, composed in 1966, in collaboration with the Czech Radio Symphony Orchestra. He made several acclaimed recordings on viola for the Czech Radio and BBC. Some of his CDs were voted one of Classic CD magazine’s “Choices of the Month” and were also praised with similar enthusiasm from The Strad Magazine and the Gramophone.