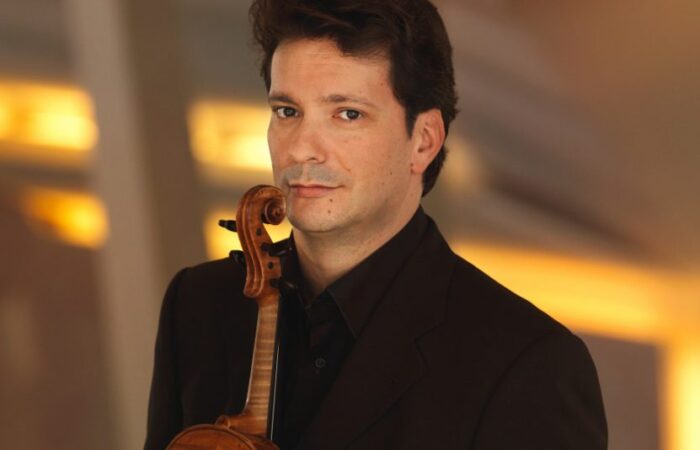 Simon Bernardini has been assistant conductor for Sir Simon Rattle at the Berlin Philharmonic Orchestra, which he previously conducted in five different programs from his conducting debut at the Philharmonie in Berlin in 2008 to 2017 and his assistant conductor during the 2018-2019 season which made him conduct the London Symphony Orchestra. He is also the artistic director of Musica nei Borghi since 2004 as part as the Festival Opera Barga in Italy as well as having been music director of the Orchestra Sinfonica Siciliana until 2017.

He studied conducting at the Conservatoire de Paris and with Bernard Haitink at the Musikhochschule in Lucerne. In 1999 he made his conducting debut in Paris, at the Festival Musical d’Automne des Jeunes Interprètes, where, two years earlier, he had performed as a soloist in five programs and was in the following years guest conductor at the Opéra Comique in Paris and conducted the Orchestre Philharmonique du Luxemburg as well. His conducting activity has brought him intensively in Japan, South Korea, USA, Colombia, Brazil, Argentina, Chile, in addition to Europe in both opera and symphonic repertoire.

Since 2005 he has been the conductor tutor preparing the Junge Deutsche Philharmonie orchestra, a position he also holds with the Euroasia Festival Orchestra in Seoul, since 2019 at the Orchestra Giovanile Italiana as well as the Youth Orchestra of Los Angeles as part of the Los Angeles Philharmonic’s Education Program, since 2020 at the European Union Youth Orchestra, since the 2011 season – 2012 with the Deutsch-Skandinavische Jugend-Philharmonie orchestra, an orchestra he conducted in concert at the Berlin Philharmonie in January 2015. He was also invited by the Joven Orquesta orchestra of Castilla y León.

As a soloist and chamber musician, he has performed at Carnegie Hall (1999, 2007 and 2009), at the Lincoln Center and the Bargemusic Concerts in New York, the Concertgebouw Hall in Amsterdam, Berlin Philharmonic Hall as well as the La Scala Theatre in Milan and the Auditorium RAI in Turin. His activities are regularly recorded and broadcast in the world. In 2007 the French critic made his nrecording of piano trios of Liszt win the Diapason d’Or. His first recording for Deutsche Grammophon came out in 2013.

After teaching at the Eastern Music Festival (USA), at the Euroasia Festival in Seoul, at the European Academy of Music in Aix en Provence, at the Santa Catarina Music Festival in Brazil, as well as at the Fondazione Scuola di Musica di Fiesole and after having held the position of professor at the Musikene University of San Sebastian for four years, he is currently Professor at the Universität der Künste in Berlin, at the Fondazione Scuola di Musica di Fiesole and Visiting professor at the Kyoiku University of Osaka as well as at the Universities Corpas and UniMúsica de Bogotá, at the University of Oulu in Finland, at the Eastman School of Music in the USA, at the conservatories of Turin, Milan, Palermo, Florence, Reggio Emilia and Novara, at the Encuentros de las Amaericas, organized by the Dudamel Foundation in Mexico, Chile and California, as well as at the Simón Bolivar Foundation, an organization of the Sistema Nacional de las Orquestas y Coros Juveniles e Infantiles de Venezuela.