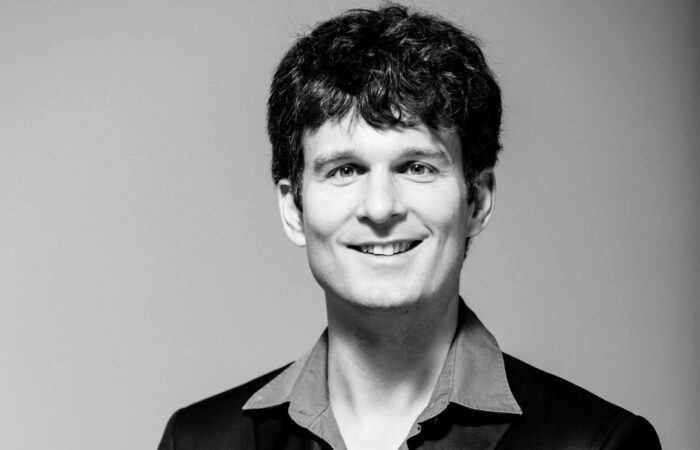 Violist Roeland Jagers is a passionate chamber musician and was a founding member of the Rubens Quartet, laureate of several international competitions including in Eindhoven (Tromp 2004), Prague (Spring Competition 2005) and Graz (Schubert Competition 2006). The quartet enjoyed an active international career for 16 seasons in Europe, the United States and Israel. Currently Roeland is active as a member of the Rubens Consort, a flexible chamber music ensemble which has come into existence as a follow-up to the quartet. He is also a member of Metamorphoses, a trio made up of international chamber musicians (clarinetist Jean Johnson and pianist Ilona Timchenko), which recently released a highly acclaimed debut album.

Roeland performs regularly in venues such as the Concertgebouw in Amsterdam, the Tonhalle Zürich, the Konzerthaus in Vienna and the Philharmonie in Berlin. He also appears as a guest in international festivals such as Mecklenburg Vorpommern and Schleswig Holstein (Germany), Larzac (France), Kuhmo (Finland), El Paso Pro Musica, Sitka Music Festival and Indiana University Festival of the Arts (US).

As a soloist Roeland has appeared with several ensembles. In past seasons he performed the Solo Sonata by György Ligeti throughout Europe and the US with great success; this sonata is one of the highlights of the viola repertoire, and yet is considered by many to be unplayable. Between 2013 and 2017, Roeland was principal violist of Sinfonia Rotterdam. He plays regularly with Amsterdam Sinfonietta and with the Radio Philharmonic Orchestra, and recently joined the North Netherlands Orchestra as principal violist.

Roeland is a viola and chamber music teacher at the prestigious Indiana University Summer String Academy (Bloomington, US). He has extensive teaching experience, working regularly with all levels from amateurs and college students to young professionals. Recently, he wrote a brief chamber music method, in which subjects as score study, leadership and rehearsal techniques are addressed.

Roeland studied viola with Gisella Bergman and Ferdinand Erblich. In 2001 he received his Bachelor of Music diploma with honours, and continued on to receive a Master of Music in 2004 with Vladimir Mendelssohn, also with honours, at the Royal Conservatory in The Hague. In addition to his activities as a violist, Roeland also studied piano at the Brabant Conservatory, where he received his Bachelor of Music diploma in 2003. As a member of the Rubens Quartet, Roeland studied for four years at the Dutch String Quartet Academy in Amsterdam, where he had the honour of working intensely with members of the Amadeus, Hagen, Juilliard and Borodin quartets, followed by two years at the Hochschule für Musik Hanns Eisler in Berlin with Prof. Eberhard Feltz, one of the world’s most renowned specialists in the art of string quartet playing.

Roeland plays a Giovanni Pistucci viola, on loan to him from the Nationaal Muziekinstrumenten Fonds in Amsterdam.