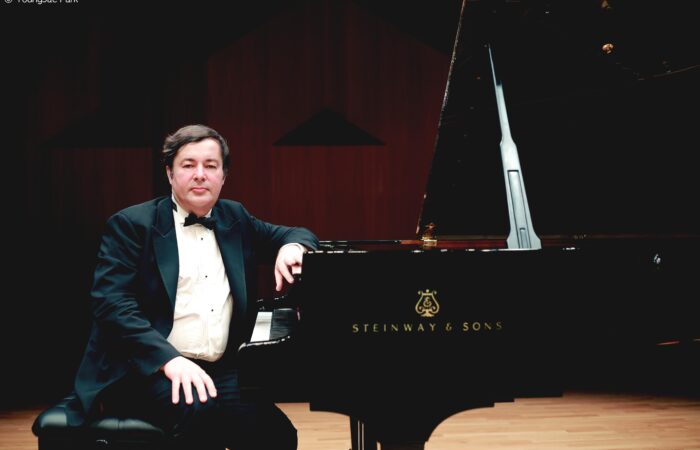 Oleg Poliansky was born in Kiev, Ukraine, in 1968.

He is prize winner of many international competitions, first of all of the international `Tchaikovsky Competition in Moscow` (Russia) in 1998. In addition to that, he won prizes in Tokyo (Japan) in 1986, in Montreal (Canada) in 1988, at `The international Duo Competition in memoriam of Christian Ferras and  Pierre Barbìzet in Marseille (France) in 1997, at the `World Pianno Competition`in Cincinnati (USA) in 1999 as well as at `Citta di Cantu (Italy) in 1998 and 2003.

Oleg Poliansky  started to study the piano at the Lysenko Music School in Kiev, where his teachers  were Natalia Gridneva and Natalia Tolpygo. Simultaneously, he also studied violoncello  from the 1st  through 8th class  at the same school with Galina Grishenko.

To his teachers belong three well-known personalities: Alexandr Alexandrov at the Gnessin Institute in Moscow, Sergei Dorensky at the Moscow Conservatory and Pavel Gililov at the Musikhochschule Köln. Oleg Poliansky has been living in Köln as well since 1993 and holds the academic position of Associate Professor for Major Piano at Hochshule für Musik Köln from 2007 to 2012