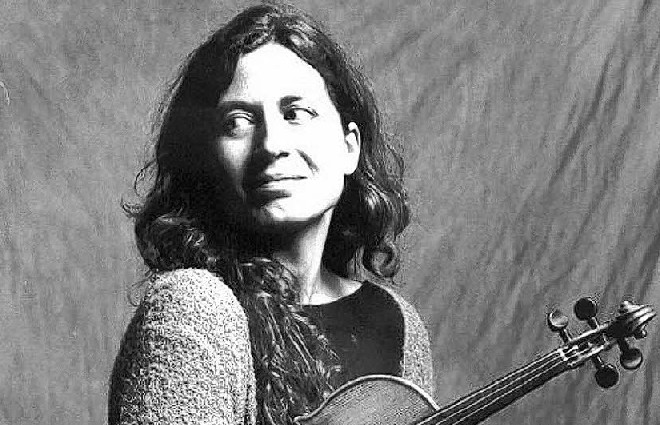 Muriel Cantoreggi was born in France, and spent her childhood in Luxemburg. Her violin studies brought her to Paris, in the class of Régis Pasquier, then to Utrecht, where she studied with Wiktor Liberman, and finally to Berlin, finalizing her studies at the Hanns Eisler Hochschule with Christoph Poppen.

She was a prizewinner of the Marguerite Long-Jacques Thibaud international competition in 1993.

At an early stage, still during her studies, she was given the chance to play as a concertmaster of the EUYO, and so performed under great conductors such as Carlo Maria Giulini, Vladimir Ashkenazy, Bernard Haitink.

She then took up the concertmaster position in the Munich Chamber Orchestra, which she led from 1995 till 2007.

Muriel Cantoreggi is, since april 2009, professor at the Hochschule für Musik Freiburg.

Her repertoire extends from baroque to contemporary and chamber music has a leading role in her musical life.

She can be heard on CD with two recordings by ECM, Barry Guy’s FOLIO, as well as a recording of the Deutsche Radio Philharmonie under Christoph Poppen, with Juliane Banse, soprano, and the violinist Muriel Cantoreggi in Frank Martin’s Maria Tryptichon and Polyptyque.