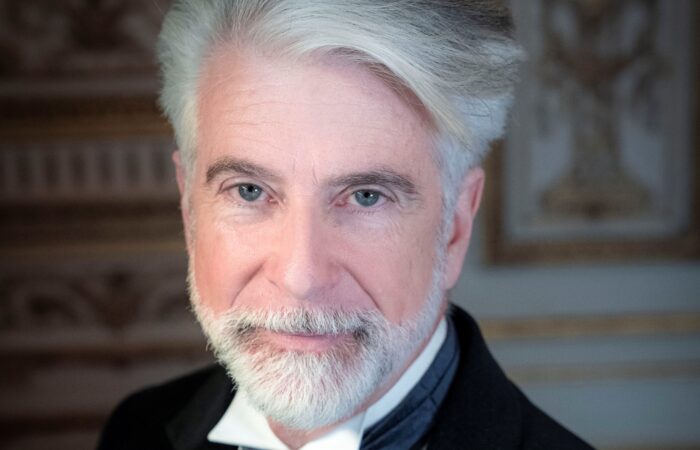 French-American pianist David Lively is a unique figure on the musical scene, with a passionate attachment to the artistic legacies of France and the United States that makes him a performer of choice for the music of both countries.

In 1969, at the age of 16, he left his native United States for France to study at the École normale de musique with Jules Gentil (formerly Alfred Cortot’s assistant), and later with Claudio Arrau. With his dazzling technique and musical intensity, he quickly won a number of international prizes, including the Concours International Marguerite Long, the Queen Elisabeth Competition, the Geneva International Music Competition and the International Tchaikovsky Competition, where he was awarded the Special Prize for contemporary music.

Soon he had embarked on a multi-faceted career marked by a diversity that continues to this day. He is intimately familiar with the great solo repertoire, mastering over 80 concertos and specializing in masterpieces so technically daunting that they are hardly ever performed. These include the Busoni and Furtwängler concertos, and Joseph Marx’s extremely challenging Castelli Romani, all of which he has recorded. In this repertoire, he has had the privilege of working with conductors such as Erich Leinsdorf, Ferdinand Leitner, Stanisław Skrowaczewski, Lovro von Matačić, Walter Susskind, Leonard Slatkin, Simon Rattle, Colin Davis, Michael Gielen, Rafael Kubelik and Jerzy Semkow.

Mr. Lively identifies particularly with twentieth-century American music, notably the works of Aaron Copland and Elliott Carter, who was a close friend. His I Got Rhythm—a 2018 La Música CD of American composers with selections from Gottschalk, Gershwin, Joplin, Barber, Ives, Bolcom, Albright and Carter—has been a critical and popular success. Le Monde critic Pierre Gervasoni calls Mr. Lively “an inspired guide to American music,” while Thierry Hilleriteau of Le Figaro praises him as “an exceptionally gifted keyboard artist […], among the finest interpreters of the music of Elliott Carter, Aaron Copland and Charles Ives.”

His innate virtuosity makes him a champion of new music. Examples include the European premieres of Takemitsu’s Riverrun (with conductor Kent Nagano), Saariaho’s trio Cendres, Travlos’s Double Concerto (with the Moscow Radio Orchestra and Vladimir Fedosseyev), and Sébastien Gaxie’s Continuous Snapshots, dedicated to Mr. Lively and first performed at IRCAM’s ManiFeste festival. He played Benoît Mernier’s piano concerto with the Orchestre national de Montpellier, recorded on the Cypré label. He has a close relationship with Philippe Boesmans, having frequently performed the composer’s chamber music and piano concerto, and has recorded his complete works for piano. And thanks to a similar kinship with William Blank, he premiered Blank’s Cris concerto and more recently his concerto Reflecting Black. Written for and dedicated to Mr. Lively, Reflecting Black was commissioned by the Orchestre de la Suisse romande and recorded on the Aeon label with conductor Pascal Rophé.

An ardent champion of the French repertoire, he has showcased the works of composer Benjamin Godard, under the sponsorship of the Bru Zane Foundation in Venice and Moscow, as well as at the Piano aux Jacobins festival in Toulouse.

David Lively is also deeply attached to chamber music, playing many concerts with the Melos, Borodin, Psophos and Terpsycordes quartets and performing with Gil Shaham, Martha Argerich, Eugene Istomin, Alexander Ghindin and Cyprien Katsaris. Memorable and critically acclaimed recordings include a set of the complete chamber works of César Franck, with violinist Tatiana Samouil, the Malibran Quartet and the soloists of the Orchestre de La Monnaie; an Indésens CD devoted to Fauré, Debussy and Ravel with Tatiana Samouil; and a 2019 recording of Sergei Prokofiev’s works for violin and piano with Elsa Grether.

An insatiable curiosity has led him to explore repertoires as far back as the Renaissance, and his work with period instruments has included recitals of the works of Scarlatti, Handel, Bach, Mozart and the young Beethoven on his personal 1771 Zumpe square piano. In 2019 he recorded both Chopin concertos for the Aparté label, playing on an 1836 Érard piano with the Cambini-Paris Quartet.

Much in demand as a teacher, Mr. Lively has given numerous master classes at the Shanghai Piano Festival, at the Sibelius Academy in Helsinki, at the Athens Conservatory, at the Enescu Lyceum in Bucharest, at the École normale de musique’s own Centre de musique française in Paris, and for the Yuri Bashmet Academy throughout Russia.