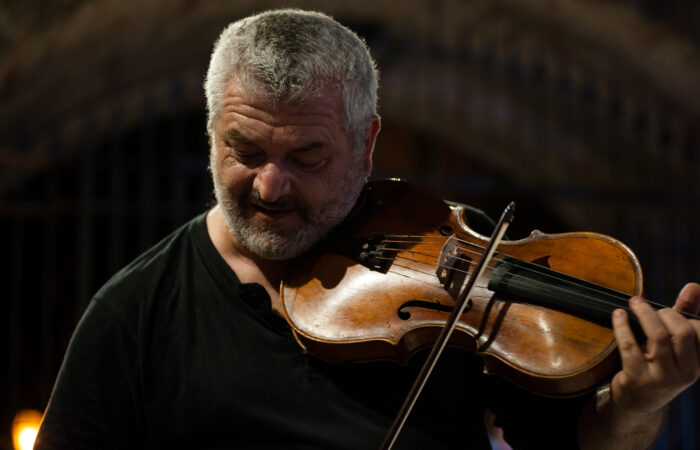 He has been the First Viola at the Teatro alla Scala and in the orchestra of the Filarmonica della Scala for 36 years, and he collaborated with some of the best living orchestra conductors, like Claudio Abbado, Daniel Barenboim, Carlos Kleiber, Wolfgang Sawallisch, Daniel Harding, Gustavo Dudamel, Leonard Bernstein and Daniele Gatti.

In 2018 Danilo Rossi will celebrate a 30-years collaboration with the pianist Stefano Bezziccheri. Together with him, Rossi played in the most important European concert halls, recording many CDs that cover completely the relevant repertoire for viola and piano.

Numerous the radio and tv recordings that have seen Danilo Rossi performing, as well as the 40 CDs published. About this, in 2016 he has been dedicated of five episodes by the well-known radio broadcast RadioTreSuite, owned by RadioRai.

Thanks to the great music leaders met during the years (Fabrizio Merlini, Dino Asciolla and Piero Farulli about the viola, while Paolo Borciani and the Trio di Trieste about chamber music), Danilo Rossi teaches musical and human certainties since 30 years that brought his students to achieve excellent results. Indeed, nowadays several of them cover relevant roles in some of the most import- ant European orchestras and in some of the greatest Ensemble, even achieving first-rate results in International competitions.

Furthermore, the violist took part into many teaching activities in several national and international Schools and Academies, like the Scuola di Musica di Fiesole, Master of Città di Castello and Bertinoro, Master at the University of South Carolina and Michigan State (USA), Master of Conservatorio di Warsaw (Poland), Parma and Cesena, Master of Tianjin (China).

Since 2009 he is involved in teaching activities at the Conservatorio della Svizzera Italiana of Lugano (Switzerland). In the meanwhile he performs as teacher even in the Master Class of perfection of Desenzano del Garda (BS, Italy) and Castelsangiovanni (PC, Italy).