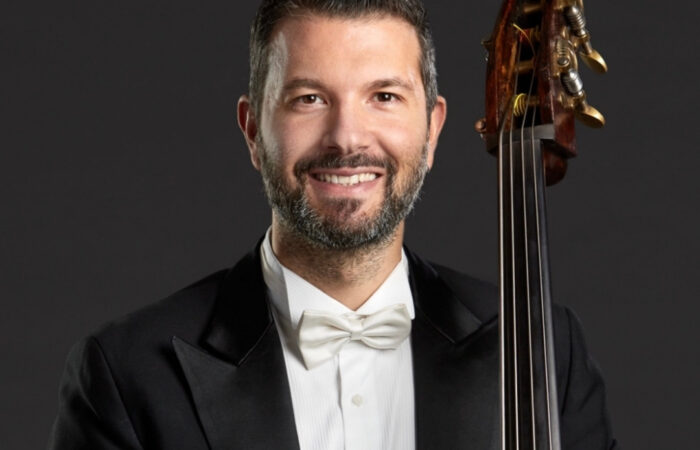 Burak Marlali (Ankara, Turkey, 1980) studied at the Royal Northern College of Music in England, where he obtained his soloist diploma in 2004. He continued his studies with Bozo Paradzik at the Musikhochschule Freiburg and participated from 2007-2009 in the Akademie des Symphonieorchesters des Bayerischen Rundfunks. He won numerous prizes, including the Gustav Scheck Preis in Germany, the Eugene Cruft Prize for Double-Bass of the Royal Northern College of Music, and prizes at the Brno Double Bass Competition, the British Council`s Young Musician of the Year in Turkey (first prize), and the 47th Neerpelt European Music Festival in Belgium (first prize summa cum laude).

Burak Marlali is solo bassist with the Gewandhaus Orchestra. Previously he was solo bassist of the Mahler Chamber Orchestra and Staatskapelle Berlin. Additionally he played in various European orchestras, such as the London Symphony Orchestra, the Chamber Orchestra of Europe, the Rotterdam Philharmonic Orchestra, the Deutsche Oper Berlin and the WDR Sinfonieorchester of Cologne. Furthermore, he performs as a soloist and chamber musician at music festivals throughout Europe.