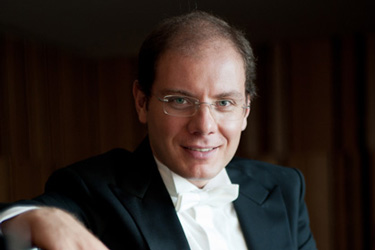 António Oliveira got a bachelor’s degree at ESMAE under the guidance of Sofia Lourenço; studied with Laszlo Simon at the Hochschüle der Kunst, Berlin and got a master’s degree at The Hartt School, University of Hartford, USA, as a pupil of Luiz de Moura Castro. He also received guidance from Helena Sá e Costa, Pedro Burmester, Mikail Pethukov and Emanuel Ax.

At the Hartt School, António Oliveira was a finalist of the Emerson String Quartet Competition.

He is an active recitalist, both solo and chamber music, having played in many concert halls in Portugal, Spain, France, Germany, Finland, Turkey, USA and Canada.

He was broadcasted by RDP Antena 2 and featured in RTP, Portuguese TV broadcast.

Along with the clarinet player António Rosa, form the Projecto XXI which has premiered and recorded two CD’s with music by Portuguese composers. This duo was awarded the Best Chamber Music Ensemble prize at the Festival Musiquem Lleida 2007.

António Oliveira has played world premieres and recorded music by António Chagas Rosa, and has premiered the Concerto for piano and orchestra nº1 by Telmo Marques with the Orquestra Clássica da Madeira.

António Oliveira has been piano teacher at the Conservatório de Música do Porto since 2002 upon public audition.

António Oliveira undergoes his PhD at the Portuguese Catholic University having Dra. Patrícia Oliveira-Silva as supervisor and is member of the HNL – Human Neurobehavioral Laboratory.