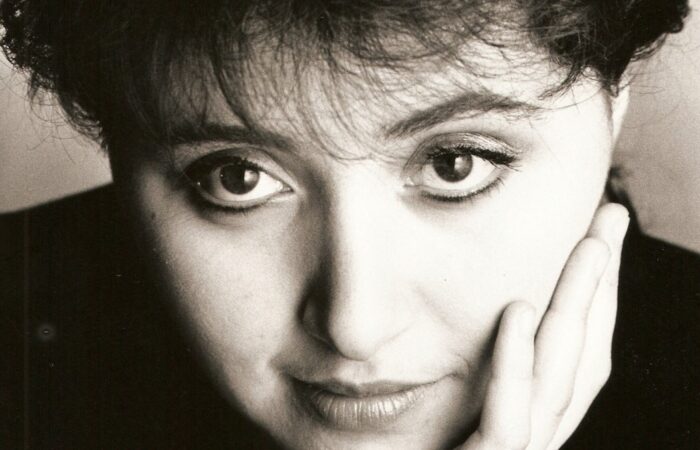 The Moscow-born violinist Anna Kandinskaja completed her studies in music at Moscow Conservatoire and the Music Academy in Bern with postgraduate studies at the Royal College of Music in London.

She has been successful at several international competitions and won the first prize at the Munich Konzertgesellschaft and the Yehudi Menuhin Competition in Paris. Subsequently, she was invited by Lord Yehudi Menuhin to co-operate with him; besides regular lessons with the great violinist, joint tours and concerts throughout Europe paved the way for her career as a soloist.

As a soloist, she has performed with renowned orchestras such as the St. Petersburg Philharmonic and the Royal Philharmonic Orchestra in London. She has made guest appearances at Wigmore Hall and the Barbican Centre in London, in the Philharmonia at Gasteig in Munich and the Residenz, in the Philharmonias in Moscow and St. Petersburg, in the Tonhalle in Zurich and the Konzerthaus in Vienna as well as at the festivals in Schleswig-Holstein, Edinburgh, Newcastle, Copenhagen, Bad Kissingen and at the Salzburg Mozart Week.

On the invitation of Valerij Gergiev, she has held concerts at the ‘White Nights’ in St. Petersburg and in Mikkeli in Finland, where she played Alban Berg’s Violin Concerto conducted by Gergiev. The musician’s calendar includes regular performances with Yuri Bashmet at his festival on the island of Elba and concerts with the Moscow Chamber Orchestra under its artistic director Alexander Rudin.

Every year, she is a guest at the Oleg Kagan Music Festival in Tegernsee on the invitation of Natalia Gutman. Gidon Kremer invited her to his chamber music festival in Lockenhaus. With his Kremerata Baltica, she has played as a soloist and in the chamber music ensemble in all the concert houses of Europe.

In Austria, the Viennese by choice mainly works with the pianists Paul Gulda, Christopher Hinterhuber and the Altenberg Trio. She is also a founder member of the string trio ‘Impression III’, which chiefly devotes itself to performing the works of European and Russian contemporary composers.

Anna Kandinskaja is a lecturer for violin at the University of Music and the Performing Arts in Vienna.

She has received invitations to master classes for violin from Western Europe over Russia to all Asia, including furthermore to the Academy of Music in Saarbrücken, the Summer Music in Altensteig/Stuttgart, to the Royal Academy and the Royal College in London, to the Japanese Osaka Music Festival and the Shanghai Conservatoire in China.

Since 2012, she has been professor for solo violin at the Joseph Haydn Conservatoire in Eisenstadt.