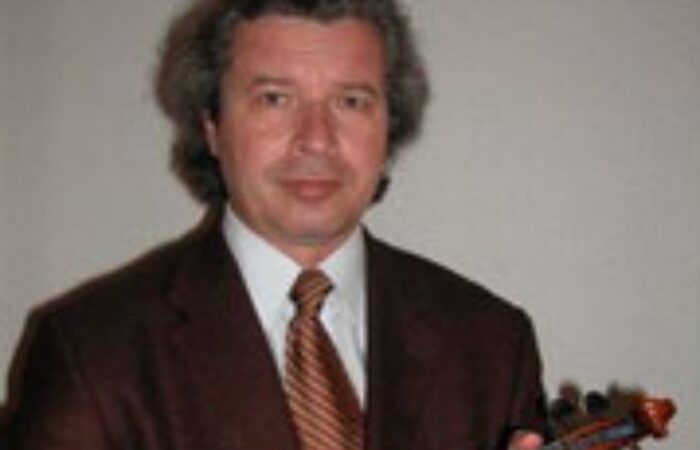 In 1978 he became a soloist with the Novosibirsk State Philharmonic Orchestra, work which he combines with teaching in the Special Music School for young talent and playing as a soloist in recital tours, solo, with orchestra or chamber music ensembles, including Ural Trio programmed by the reputable agency of concerts Philharmonic to travel around the Soviet Union. These artistic activities have brought many awards in various national competitions.

In 1981 he began teaching at the School of Music. Also, between 1984 and 1995, he served as general coordinator and professor in the professional development courses for teachers in the Ural Region. He taught at the School of Music for young talent of Ekaterimburg, and in 1984 he was appointed head professor in the Violin Chair of State Conservatory of Music of Chelyabinsk.

In 1996, he joined the School of Music Reina Sofía in Madrid as an assistant professor of the Chair of Violin, with Zakhar Bron as head professor of the chair. Also, since 2006 he has been a professor at the School of Music of Cataluña, combining the work in these two important centers of musical education with artistic performances in Spain, Russian Federation, Sweden, Portugal, France and participating in festivals and international competitions such as jury and guest artist.

He has been awarded with the Arts Prize, awarded by the Ministry of Culture of the Russian Federation for his great educational and artistic work. In addition, in 1986 and 1988 was awarded first prize in the Chamber Ensemble Competition of the Urals Region and the first prize Interchairs stringed instruments Competition at the Novosibirsk Conservatory in 1978.