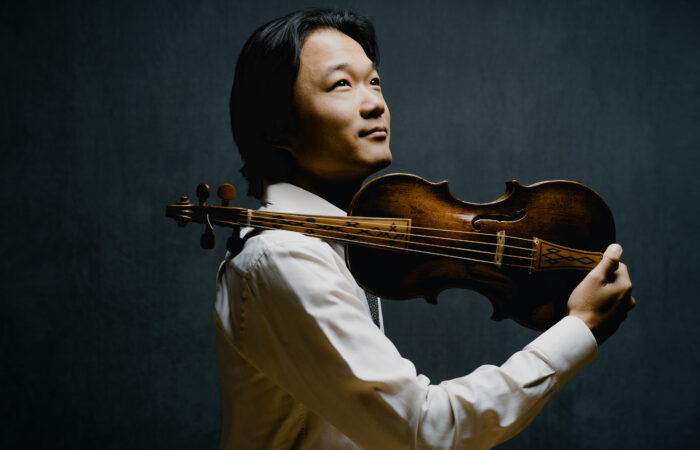 Shunske Sato is a violinist known for his distinctive and engaging performances on both modern and historical instruments. Equally in demand as concertmaster, chamber musician, soloist and teacher, the diversity of his activities reflect his versatile and resourceful nature.

Resident in the Netherlands, Shunske assumes the double role of artistic leader and concertmaster of the Netherlands Bach Society, and as concertmaster of Concerto Köln. Society, is often invited as a guest concertmaster for ensembles such as the Freiburger  Barockorchester.  Since 2013 he  has been a faculty member  of  the  Amsterdam  Conservatory,  where  he  teaches  violin  in  the  context of historical performance practice of eras ranging from baroque to early 20th-century.

He has performed as soloist with American and European orchestras such as the Deutsche Oper Berlin, Bavarian Radio Philharmonic, Orchestre Philharmonique de Radio France and National Symphony Orchestra, as well as with orchestras in Japan such as the NHK Philharmonic and Osaka Century Orchestra. Shunske has recorded violin concertos by Haydn and Mozart with Orchestra Libera Classica under the baton of Hidemi Suzuki, and in 2011 gave the first performance  of Paganini’s second violin concerto on historical instruments with the Academy of Ancient Music. His discography is extensive and most notably includes works for solo violin by  Bach,  Telemann, Paganini and Eugène Ysaÿe.

In the roles of both soloist and concertmaster Shunske has worked with numerous conductors, including Ivor Bolton, Richard Egarr, Christopher Hogwood, and Kent Nagano.

In 2010 Shunske was awarded Second prize and the Audience prize at the 17th International Johann Sebastian Bach Competition in Leipzig. He also won the Young Concert Artists award at the age of 12, the youngest ever to date.

Born  in  Tokyo, Shunske immigrated  to the US  at the age of four.  He studied  at the Juilliard  School in New York, Conservatoire National de Région in Paris and Hochschule für Musik und Theather in Munich. His teachers include Chin Kim, Dorothy DeLay, Masao Kawasaki, Gérard Poulet, Eiichi Chijiiwa and Mary Utiger.