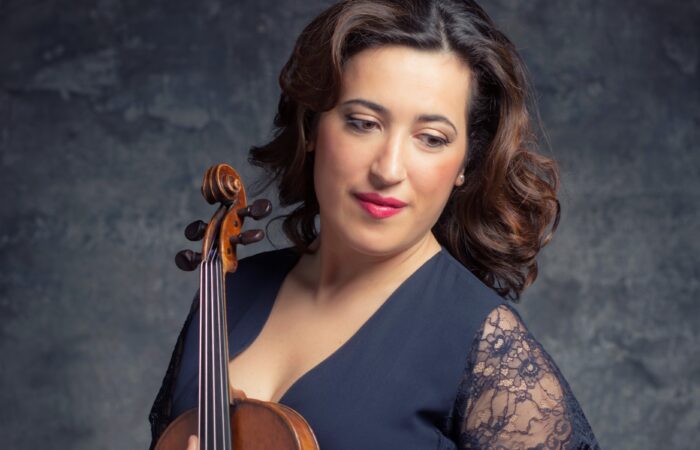 “technical command of the instrument, awareness of the interpretative choices, ability to maintain the control of the emotional tension” (Deutsch Sudkurier) excellent quality and perfection […], leaving the audience speechless, skilled in the approach to different musical themes” (Schwabische Zeitung)

Us a chamber music, she has played in Turin (Conservatory with Bruno Giuranna), Naples (Association “A.Scarlatti with Massimo Quarta), in Bari and in Montenegro (Academy Cameristi with Tommaso Cogato), in London (with Robert Cohen). He has also played with Solisti di Pavia (Enrico Dindo), Norbert Brainin, Stefano Montanari, Enrico Onofri and Jeffrey Swann.

After graduating with honors and honorable mention at the Conservatory of Music “ER Duni” of Matera, she obtained a Diploma at the Biella Courses with Corrado Romano. After she studies in Lugano where she received her Diploma of Pedagogy under the guidance of Anna Modesti, the Postgraduate Diploma and the Diploma of Soloist with Massimo Quarta. She receives master classes by Anna Chumachenco, Marco Rizzi and Igor Ozim in Weimar and Salzburg.

Winner of the chair, she was violin professor at the Conservatory of Italian Switzerland in Lugano (Department of Music School). She currently teaches at the Andalucia Musica Music Academy in Seville and holds master classes in Spain and Italy.