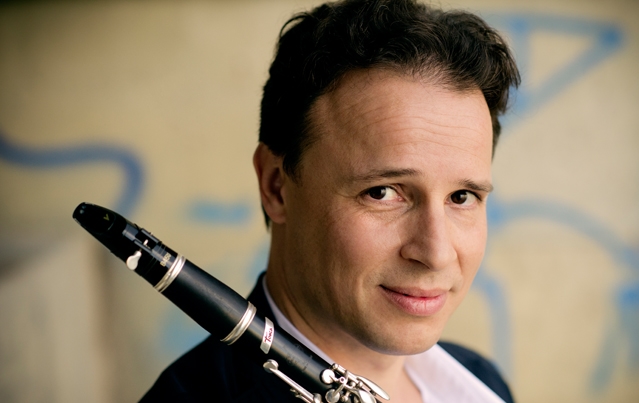 Jérôme COMTE followed his advanced clarinet studies at the Geneva Conservatory with Thomas FRIEDLI. He left three years later with a first prize of virtuosity.

He then, starting in 1998, worked with Pascal MORAGUES at the “Conservatoire National Superieur de Musique de Paris”. That same year he was second place in the International A.R.D. Competition in Munich.
Meanwhile he became solo clarinet of the European Union Youth Orchestra under the direction of such prestigious conductors as Bernardt HAITINK, Sir Colin DAVIS, and Vladimir ASHKENAZY, performing in some of Europe’s greatest concert halls like the Royal Albert Hall in London, the Concertgebouw in Amsterdam, and the Philharmonic in Berlin. In 1999 he won the Jean Françaix International Competition in Paris and the honorary prize in the International “Printemps” Competition in Prague in 2002. At the age of 22 he earned the CNSM of Paris’ prize unanimously.

After this, he entered the CNSM’s advanced cycle, which allows him to continue his education with Pascal MORAGUES and Maurice BOURGUE, and to be sponsored by “Fondation d’entreprise groupe Banque populaire” , Meyer foundation and the Charles CROS Academy. He performed in Paris and in many festivals in France, in Asia or in the United States, and play with Bertrand CHAMAYOU, EBENE quartet, MODIGLIANI quartet, DIOTIMA quartet.

In 2005, Jérôme COMTE was accepted as soloist in the prestigious ENSEMBLE INTER-CONTEMPORAIN in Paris. In November 2008, he played the “Dialogue de l’ombre double” by Pierre BOULEZ, with a presentation of the master, and in 2009, the CARTER Concerto in the Cité de la Musique in Paris, in De Singel in Anvers and in the Concertgebouw in Amsterdam, under the direction of Pierre BOULEZ.