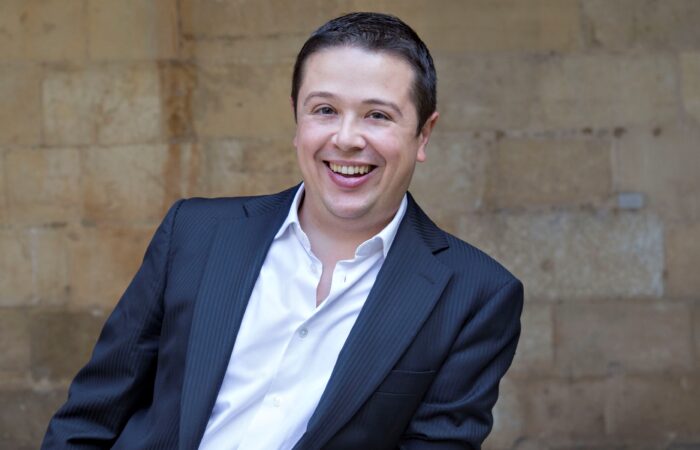 Antonio Ortiz is regularly invited to perform in the most relevant international and Spanish Music Halls. He has developed a rich artistic relations in France, Italy, Portugal, Russia, Colombia and USA, among others, and in the main Spanish Festivals (Granada, Santander, Mallorca, Córdoba, Lucena, Gijón., Bucaramanga…)

He has made several recordings for Spanish National Radio and Television and Catalunya Radio. He has published a CD containing works by Debussy, Ravel, Albéniz, Bártok and Prokofiev, and recently he has recorded the Isaac Albeniz?s Iberian Suite, which has deserved the recognition “Medalla Albéniz” in Camprodon`s Festival.

Antonio Ortiz is very interested on teaching, working since 2009 at the Reina Sofía School of Music, Madrid, and teaching in High Conservatory of Music, Málaga, since 2019.

During his career to date he had the chance to learn from great teachers, like Dimitri Bashkirov and Claudio Martínez Mehner (Reina Sofía School of Music, Madrid)  Marie Françoise Buquet (Paris), Josep María Colom (Madrid), and Jose Felipe Diaz (Malaga).