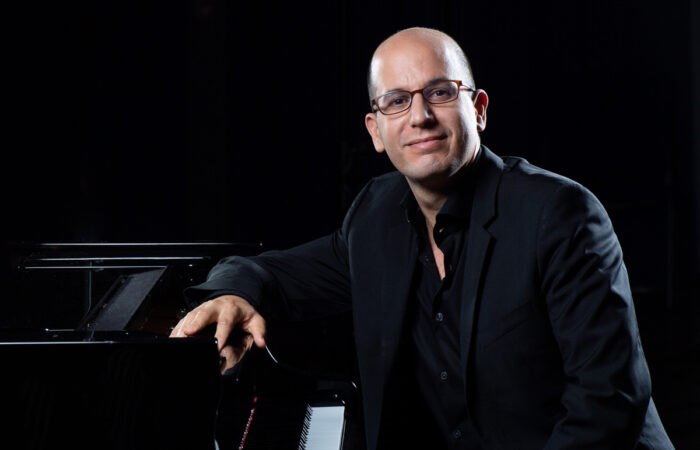 The Spanish-German pianist Alfonso Gómez has developed into one of the most distinguished interpreters of 20th an 21st piano music. Born in 1978, he studied at the Conservatory of Vitoria-Gasteiz with Albert Nieto, at the Rotterdam Conservatory (Holland) with Aquiles delle Vigne and at the University of Music Freiburg (Germany) with Tibor Szász, where he graduated with distinction. During and after his studies, he attended master classes with Vitali Margulis, Jaques Rouvier, Éric Haedsieck, Jan Wijn, Gilead Mishory and Galina Egiazarova, as well as chamber music lessons with Rainer Kussmaul, Jörg Widmann, Jean-Jacques Kantorow and Donald Weilerstein.

Gómez has won 11 national and international prizes, prominent among which was the grand prix in the following competitions: J. Françaix (Paris), Ciudad de Gernika, Alter Musici (Cartagena) and Gerardo Diego (Soria). In Rotterdam, he was awarded the Erasmus Kamermuziekprijs. He has recorded numerous CDs for different European labels which present the abundance, diversity and complexity of his repertoire. His CD ”Ramón Lazkano, piano works” (KAIROS) was awarded in Paris with the Grand Prix du Disque Musique Contemporaine de l’académie Charles Cros 2019.

Being highly committed with contemporary music, he has premiered numerous works by different contemporary composers, some of which are dedicated to him, and has collaborated with leading ensembles such as MusikFabrik or the SWR-Ensemble Experimental. His performances and recordings have been broadcasted on numerous occasions on the radio and TV in Europe and Asia.